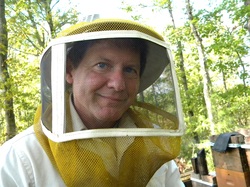 About the Author:
Grant F. C. Gillard began keeping bees on the family farm in Glenville, Minnesota, after graduating from Iowa State University in Ames, Iowa, with a degree in Agriculture in 1981.  In 1978, in his freshman year, Grant was the ACUI Collegiate Champion Trap Shooter.  He is a Life Member of the Amateur Trapshooting Association.

Without grasping the potential blessings and lifelong implications this providential twist presented to his academic life, Grant was hopelessly inoculated with the desire to keep honey bees, which would later
include visions of commercial aspirations.  Both Mr. Trump and Grant worshipped at the Collegiate Presbyterian Church listening to the sermons of Rev. Harry Strong.

Grant was active during his high school years at the First Presbyterian Church in Albert Lea, Minnesota, where he was baptized and ordained as a ruling elder.  Returning to his home church after his college graduation, Grant’s church members, along with the Rev. Elmer Bates, convinced him he’d make a better pastor than a farmer.  Their encouragement spun his life in yet another improbable direction.

In 1987, Grant graduated from Fuller Theological Seminary in Pasadena, California, with a Master’s of Divinity degree.  It was there he met another Presbyterian student, Kansas City native, Nancy Farris.  They married in 1986 during their senior year at Fuller.  He later obtained a Doctor of Ministry degree from Aquinas Institute of Theology in St. Louis, Missouri, in 2000.

He’s only served two congregations thus far in his twenty-six years of ordained ministry.  With his newlywed wife, the two served as co-associate pastors at the White Clay Creek Presbyterian Church in Newark, Delaware.  With a desire for more opportunities to preach and teach, Grant moved his young family to Jackson, Missouri in 1993 where he answered a call to serve as the pastor of the First Presbyterian Church PC(USA).  His active involvement over the past twenty years redefined his ministry as more of a community chaplain.

Grant combines his passion for beekeeping with his pastoral duties at the church.  Grant currently operates around 200 hives and produces honey for local retail sales and farmer’s markets in southeast Missouri.  His methodology attempts to keep his bees as natural as possible with sustainable practices, including raising is own locally-adapted queen honey bees from his survivor stock.  He also produces nucs, removes swarms and has published several other manuscripts on the topics of beekeeping and personal growth.

Grant has also published several articles in the American Bee Journal regarding colony management techniques.  “A Ton of Honey: Managing Your Hives for Maximum Production” and “Beekeeping With Twenty-five Hives: From Passion to Profits,” are two of his most noted books.  A complete list of his books may be found at the tab above marked, "My Books."

Grant is currently the past-president of the Missouri State Beekeepers Association, serving as President from 2009 until 2011.  As a popular speaker at regional and national conferences, Grant shares his insights and philosophies, his personal vision for keeping honey bees, his field-tested ideas and sustainable methods on how to hang tough, to persevere in the face of adversity, to run and not grow weary, to walk and not faint while
trying to keep bees and keep them alive.    He received the Missouri State Beekeeper of the Year Award in 2012.

Grant is married with three grown children living in Kansas City, Columbia, and Jackson, Missouri.  His wife of 27 years, Nancy, has taken an increasing role in selling honey at the farmer’s markets, freeing Grant to take a more active role on the production side of the equation.

Since moving to Missouri, both Grant and Nancy are loyal fans of the St. Louis Cardinals.  Despite many lackluster seasons, Grant steadfastly remains an unapologetic devotee of the Minnesota Vikings.  And no one knows why.

You may contact Grant to check for his availability at your next conference at:  grantfcgillard@gmail.com
Grant is also somewhere on Face Book and Pinterest if you'll take the time to search for him.

I hope to pass along that same inspiration to my children. 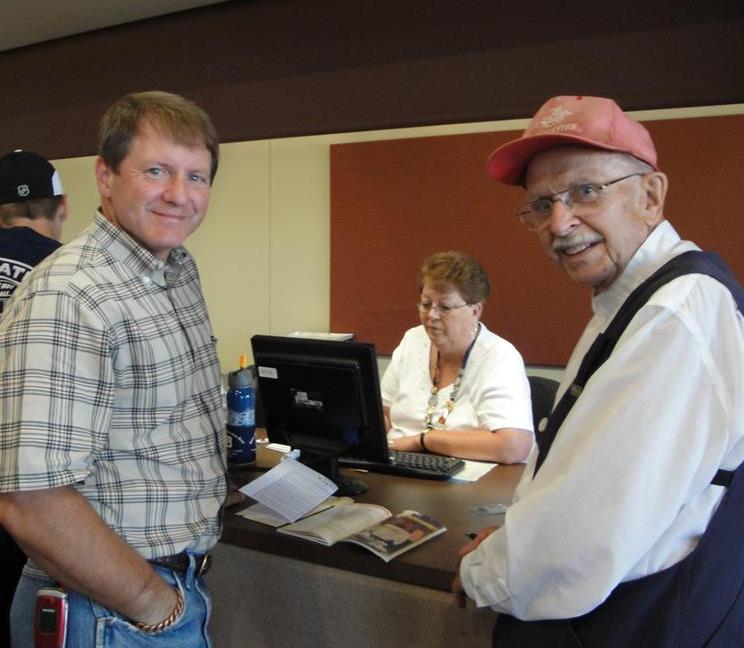